I wish to apologise for being ‘away without official leave’, meaning not being active on this blog for a quite a while. I hope and pray that everyone can forgive me.
For me, though, I have been through the most beautiful experience. That sounds selfish, but I better own up. I have been visiting with one of our churches in the village. I would come and go, but this was the main reason for my being awol because I simply did not have the time to stop and write. Moreover, internet in the hinterland is sketchy, so I had to leave my computer at home.
One of the real blessings that I count from God is bringing me to the Tanzanian hinterland. Apart from my early childhood, I have lived in cities and towns throughout my life. But for the last four years or so, I have been living in the ‘middle of nowhere’ in central Tanzania – and what an experience it has been! Sure, I live in a town, Singida, but it is a small rural town and, moreover, I have the opportunity of constantly going out into the vast, unlimited savannah bush regions of central Tanzania. This savannah land is what gave the name Tanganyika to the mainland. ‘Nyika’ means open plains. The name Tanzania came out of the union between Tanganyika and Zanzibar.
Being in the Tanzanian hinterland is one of the biggest blessings in my life because I love adventure – and there is certainly no adventure in towns or cities, unless you are a gangster or the Mafia. But in the big, unspoilt regions of central Tanzania you can have as much adventure as you want, spiced with a whiff of danger. Just the other day, as we were walking in one trail in the bush, we found the biggest, blackest snake lying in the road. But it was dead; someone had just killed it. I couldn’t help wondering how things could have turned out if it was I who had encountered it.
We also went to visit a man who some nights ago had had an unfortunate encounter with a wild pig. He and his companions had been out hunting and it was he who was holding the flashlight. When they heard movement, he flashed the light in the direction of the noise. The pig, a big boar, thinking the light were the eyes of a lion, charged, kamikaze-style. Before anyone could make a move, the man had three of his leg bones broken.
Those are the kind of adventures that you find in the bush. But there is more. There is the exquisitely different and refreshing cuisine, including delicacies that you only hear of in the town: things like pure honey; and milk, both fresh and curdled. And then there is the night sky… oh, I’d forgotten about that. Yes, the night sky. I once wrote a friend that if I had the gift of time, I would spend it all watching the starry night. And there is no better place to watch the stars than in the Tanzanian hinterland, far from the city lights. While in the village, I asked my host for a reclining chair and I would wake up every night at 1 or 2 a.m. and finish off the rest of the night watching the incredible brilliance of the clear, starry night. I ended up seeing more amazing things and phenomena with my naked eye than you could read of in a book. And all the while feeling the presence of God in me and about me, leading me to worship Him fervently under my breathe.
But, really, nothing I could write here could truly bring out the beauty and pleasant flavor of Tanganyika. If you, the reader wish to take this post as a promotional for my country and my province, it would be my pleasure to concur with you. And to say, “Karibu!”
As for my fellow Tanzanians who love the comfort of the madding towns and cities, all I can say is, you don’t know what you are missing. And this splendour is right under your noses. 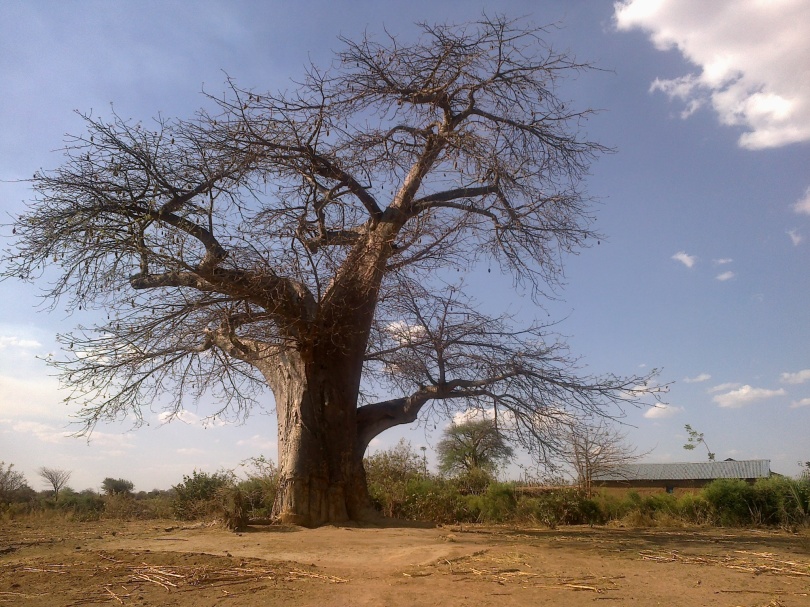 No vehicle has ever set foot on this road 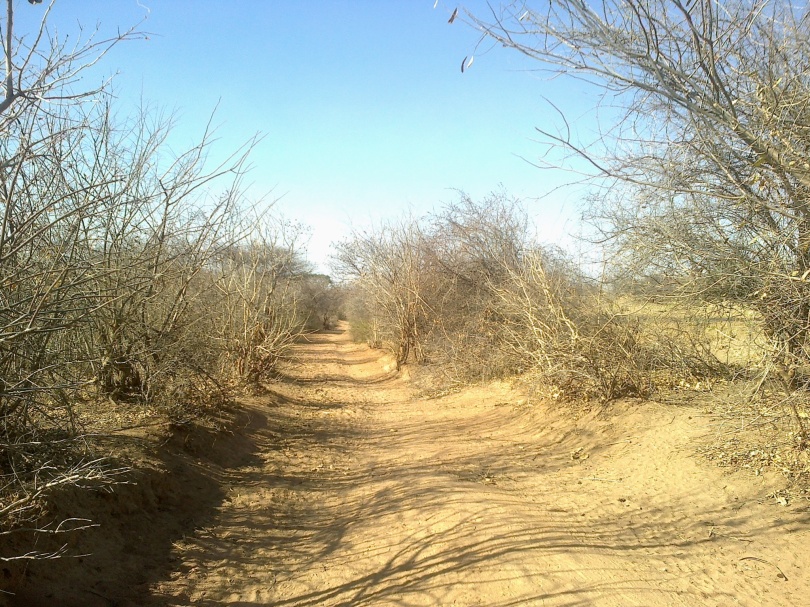 A panoramic view of the home I was staying in

And, finally, church. Here, even the dogs are allowed to listen in on the sermon 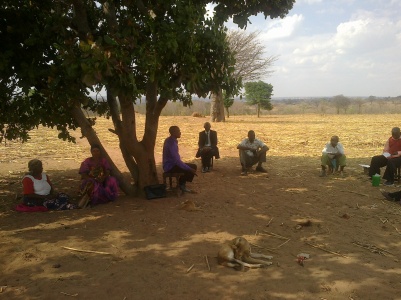 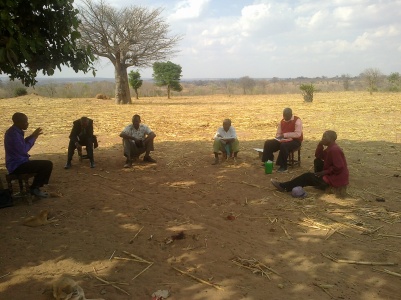